Albuquerque is a large desert city in the American Southwest. Arizona is to its west, Colorado is to its north, and Texas and Oklahoma are to its east. With this geography in mind, it should be no surprise that this New Mexican city has diverse cultural influences, such as Native American and Mexican. Some of Albuquerque’s identifiable assets are derived from these traditions. With a contemporary downtown from the 2000s and a traditional “Old Town” from 1706, this city is an amalgamation of influences. Old Town Albuquerque is where the cultural influences shine through, represented in historic adobe buildings such as the San Felipe de Neri Church and traditional Native American art such as the Indian Pueblo Cultural Center. How do these clashing ideas influence music in the city of Albuquerque? Read below to learn...

2020 Event Tickets for Albuquerque Concerts are on sale now!

Albuquerque prides itself on its longstanding traditions in music. Native American and Hispanic cultures engage in sharing and storytelling through their arts. For example, a Native American influence in this city’s sound is drums. Considered a poetic pulse, a simple rhythmic instrument translated into much more during both traditional ceremonies and inspired concerts. The Indian Pueblos Cultural Center holds live performances of indigenous performances throughout the summer on a weekly basis. In terms of Hispanic culture, entire genres engage listeners, such as mariachi, flamenco, and salsa, each with accompanying dance. Traditional bands still take stage today, using traditional instruments and styles to share the story and ideals of Hispanic life.

For Concerts in Albuquerque, please see our event listing calendar of Concert tour dates in 2020!

Year-round, people who are enthusiastic about experiencing music wait for festival season. However, in some parts of the United States, festival season is almost endless due to agreeable environmental conditions. Albuquerque is one of those places. The desert may be excessively hot and temperamental, but the sunshine is a perfect backdrop for a variety of live music events, such as the Latin Dance Festival (National Hispanic Cultural Center), Globalquerque (National Hispanic Center), Edgewood Music Fest (Wildlife West National Park), Freedom 4th (Balloon Fiesta Park), Jazz Under the Stars (Albuquerque Museum), Mariachi Spectacular (rotating), Under the Stars Summer Concert Series (Albuquerque Museum), Summerfest (Heights, Downtown, Route 66, and Westside), Summer Nights Concert Series (Botanic Gardens), and Zoo Music Concert Series (ABQ BioPark Zoo). Even in outdoor venues, spaces fill up quickly. Make sure to plan in advance.

Alburquerque is committed to supporting its working musicians...

Since 2017, the city of Albuquerque has made efforts to support its music scene. For example, Mayor Richard J. Berry devoted $100,000 toward building “a road map for a better music ecosystem” for the city. Investments in venues, sound system, and cultural organizations have reignited the scene. The goal is to make Albuquerque a better place for working musicians so that they move to the city and stay in the city, creating their art and bringing their audiences to businesses. Another goal is to make and keep concerts affordable for residents and visitors so that people can regularly go out on the town and support the arts.

How Do I Find Upcoming Albuquerque, New Mexico Concert Events Near Me?

See below for a list of Concerts in Albuquerque NM scheduled for 2020. 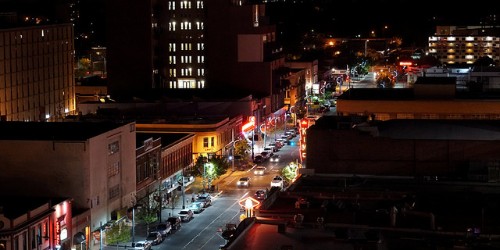