Since it is the capital city of Georgia, Atlanta has had in important role in the history of the United States, including the Civil War and the Civil Rights Movement. Music goes hand in hand with social change, so it should be no surprise that the sounds of this city are intertwined with the telling of American history. But, what is happening with music in Atlanta today and looking forward? The city certainly stands out from the crowd. Keep reading to find out why it speaks to contemporary listeners...

2020 Event Tickets for Atlanta Concerts are on sale now!

According to Billboard just last year, Atlanta holds the potential to be the music industry’s next new venture. In the past, Atlanta was a major force in American music. However, when digital music gained attention, the music industry left Atlanta in favor of green pastures in cities such as Los Angeles and New York. Fortunately for southerners, the tides are, yet again, turning. A city that is continually defining music trends and tapping into popular culture, Atlanta is fighting to a place of its own among the industry’s giants.

The challenge Atlantans are facing now is proving that its role is sustainable enough for industry leaders to invest in the city’s sound by putting down roots. To encourage prominence, local labels and entrepreneurs are collaborating such as LVRN and Coach K, and streaming companies such as Spotify are opening offices in the city. New music legislation such as the Georgia Music Investment Act is encouraging this movement, too.

Listeners in Atlanta are enjoying the renewed energy and recent expansion that the scene is experiencing. Concert lovers from out of town may be surprised by the growth Atlanta has shown. As said by Andre 3000 from Atlanta, “The South got something to say.” Attend some concerts to hear what that is for yourself.

For Concerts in Atlanta, please see our event listing calendar of Concert tour dates in 2020!

City in revival geared towards its entertainment prospects...

Atlanta has many marvelous venues to draw in listeners who want more than a good musical experience. Music enthusiasts know that a venue has as much to do with the performance as the act on stage. In dull crows, energy falls flat. In overly crowded spaces, it is impossible to get a good look at the stage. Ambiance is not sacrificed in many of Atlanta’s venues. Blind Willie’s, Cowboys, Café 290, Eddie’s Attic, Smith’s Olde Bar, Star Community Bar, Apache Café, The Earl, Dark Horse Tavern & 10 High Club, and Fernbank Museum of Natural History are some of the locals’ favorites.

How Do I Find Upcoming Atlanta, Georgia Concert Events Near Me?

See below for a list of Concerts in Atlanta GA scheduled for 2020. 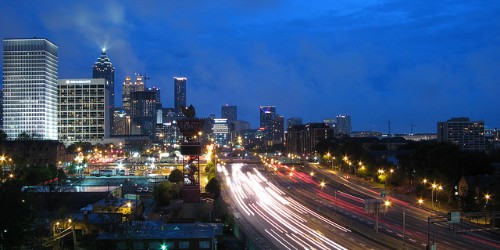