2020 Event Tickets for Birmingham Concerts are on sale now!

Birmingham’s music festival scene heats up in the summer, covering a range of genres, artists, atmospheres, costs, and causes. Some of the best festivals in the city include Do Dah Day Festival, Steel City Jazz Festival, Slicefest, Sloss Music & Arts Festival, and Secret Stages. Do Dah Day Festival takes place every May in the Highland Park area of Birmingham; it is unique because its aim is to benefit animal rescue services. This time-tested event includes a parade and costumes as well as local music. Secret Stages occurs in August, filling Avondale Birmingham with up-and-coming artists.

For Concerts in Birmingham, please see our event listing calendar of Concert tour dates in 2020!

For a contemporary, forward-thinking city, Birmingham is careful not to neglect the past. This is true of remembering and respecting its industrial prime; this is true of recognizing and reflecting on its civil rights roots. Another way in which Birmingham refuses to neglect the past is in its music. Although electronic and technically modified sounds are in, the acoustic music of Birmingham is thriving. The artists in the local community tend to go for small, intimate performance environments. Music enthusiasts ought to seek out house concerts, listening rooms, small theaters, vineyards, breweries, and cafes. In these places, singer-songwriters pick up guitars and bare it all with their vulnerable voices. Regionally and nationally touring acoustic artists frequent the Birmingham scene, too, eager to share their art with the locals.

According to CityLab, an organization devoted to creating cities of the future, Birmingham became an indie rock destination because of a single awesome venue, proving that the structure of a city’s music scene can drastically shape the quality of its concerts. Writers at CityLab explain, “Every venue is a major ambassador for their given city.” In the case of Birmingham’s indie rock community, the Bottletree is the game-changing ambassador. Bottletree debuted in 2006 when a musician, a painter, and a chef joined forces to create a music venue, vegetarian café, and bar. With their incredible hospitality, touring bands always want to come back to Birmingham.

How Do I Find Upcoming Birmingham, Alabama Concert Events Near Me?

See below for a list of Concerts in Birmingham AL scheduled for 2020. 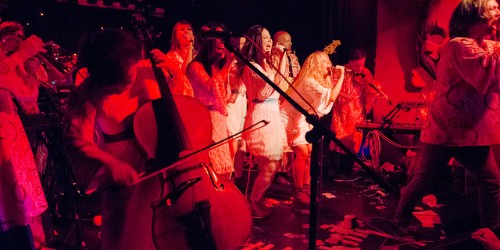