Buffalo is one of the most populous cities in upstate New York, located off the shores of Lake Erie, one of the Great Lakes. Buffalo is most known for its role as an industrial capital in the early to mid-20th century. Now, it is characterized by the prominent art deco architecture and landmarks from its prime. Among these artifacts is a Greek Revival museum—Albright-Knox Art Gallery—featuring the art of Pablo Picasso and Andy Warhol among other world-renown artists. What does a deeply artistic city look like after its big boom? Buffalo, New York has insights into that very question. Read below to uncover what can be heard in Buffalo today...

2020 Event Tickets for Buffalo Concerts are on sale now!

When artists work together, they create new, cool things. In Buffalo, these sorts of project come to life all of the time. Take, for example, the music video “Broken.” In this project, local musicians and up-and-coming filmmakers came together to create a music video. Of Night And Light, an alternative rock trio that formed during their time at Berklee College of Music in Boston, consists of Joseph Kinem, Cameron Thibault, and Nick Badeau. They worked with independent filmmakers, including graduates Elijah Pike and Katie Kostelny, on this video. Together, they captured the route someone takes to fill a void, before discovering that the search should be within themselves. This is one example of many in which Buffalo’s local artists have united to make something exceptional.

For Concerts in Buffalo, please see our event listing calendar of Concert tour dates in 2020!

Musky jazz clubs, down-home bars, European taverns, western saloons, eccentric cafes, and cozy holes-in-the-wall can all be found in Buffalo, New York. Some local favorites that cross style and atmosphere include Sportsmen’s Tavern, Nietzsche’s, Iron Works, Colored Musicians Club, Town Ballroom, Hot Mama’s Canteen, Babeville, The Tralf, Allen Street Hardware Café, and Pausa Art House. In fact, Buffalo’s website features an entire itinerary of music venues for music mavens. It takes listeners through a variety of neighborhoods, as far south as Richard Park and East Aurora, then to West Seneca, before heading to Cheektowaga then the core of Buffalo. The core includes Allentown, Black Rock, and Delaware Park. For listeners who like to wander a city and for listeners who revel in diverse a soundscape, Buffalo has a definite appeal.

Buffalo’s local musicians are experimenting in novel, modern genres, such as electronic music. ...

Typically, electronic music is associated with ultra-urban areas. Despite this association, mid-sized cities such as Buffalo are making notable contributions to the genre, too. For example, Space Cubs, the work of singer-songwriter and musician-producer Suzanne Bonifacio, blends electronic sounds with organic textures, meshing artificial synths with hymn-like melodies and chant-like percussion. Sparklebomb is another group that is taking electronic in new directions. Angela Conte leads the group in Buffalo, having previously resided in Syracuse. At home on a keyboard, Conte takes her music in a euphoric, dream-like, trippy direction. She has even covered “When Doves Cry,” one of Prince’s most well-known songs, doing it justice. Following suit, samples, are important to the work of Sparklebomb. A third name in Buffalo’s electronic scene is Lockedown, also known as Katherine Locke. Locke is a newcomer to Buffalo’s music scene, having arrived within the last year or so.

How Do I Find Upcoming Buffalo, New York Concert Events Near Me?

See below for a list of Concerts in Buffalo NY scheduled for 2020. 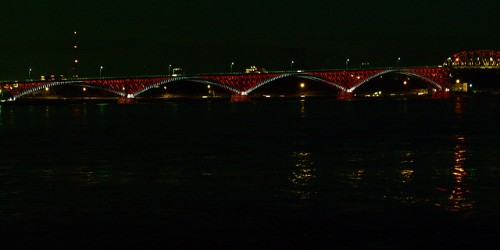