Event Tickets for Charlotte Concerts are on sale now!

In the last few years, some of the most well-known music venues in Charlotte have closed their doors. The Double Door Inn and Tremont Music Hall are two of the beloved favorites that departed from the scene. However, listeners should not be dissuaded by these changes. Although it can be sad to see old standbys shutdown, Charlotte’s venues still offer a range of experiences to listeners.

One of the largest venues in town is the Spectrum Center, which long-time frequenters of Charlotte’s scene used to know as the Time Warner Cable Area. It holds up to 20,200 people indoors. The PNC Music Pavilion is the outdoor version of the Spectrum Center, which hosts up to 19,500 people. Like the Spectrum Center, this venue has cycled through a few names, including the Verizon Wireless Amphitheatre and the Blockbuster Pavilion. For a much smaller and more formal affair, Ovens Auditorium on Independence Boulevard is a great choice. It seats an audience of 2,460, including its mezzanine and balcony sections. For much more tight-knit crowds that thrive on audience-performer interaction, Hattie’s Tap and Tavern, Petra’s Bar, The Evening Muse, and The Milestone Club are obvious choices. They range from neighborhood hangouts to rocking jam spaces.

For Concerts in Charlotte, please see our event listing calendar of Concert tour dates below!

Although many hardcore music fans champion small, local, original sounds, the truth is that this type of music—experimental, hobby-driven, grassroots—is not known for national palatability. Although this truth is often criticized in niche followings, there is no shame in enjoying top 40 hits. In fact, popular, mainstream music appeals to tons of people. Sure, Charlotte does have a local music scene; however, the city’s ability to bring in out-of-town acts is the area in which it excels. As certain venues deteriorate, the massive venues that bring in these big names succeed. Some of Charlotte’s most popular concerts include the following: Toby Mac, Vince Fill, Panic! at the Disco, Pink, Justin Timberlake, John Mellencamp, Fleetwood Mac, Cher, and Bob Dylan. For listeners, what does this mean? People who want to hear radio performers live and in-person will be more than satisfied.

According to polls and interviews featured by news station WBTV, Charlotte’s residents do not believe the city has a defined sound. Around two thirds of locals do not think that Charlotte has a music identity. Unlike Nashville’s country and Atlanta’s hip-hop, Charlotte is not known for a specific genre or trend in music. Initiatives like the Music Every Where Charlotte: The Sounds of Charlotte seek to protect and support the live music industry. Its creators view the music industry as as an untapped economically profitable endeavor for the city.

How Do I Find Upcoming Charlotte, North Carolina Concert Events Near Me?

See below for a list of Concerts scheduled in Charlotte NC. 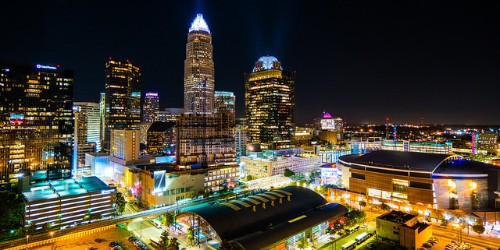