Chicago is a Midwestern city in Illinois, located against Lake Michigan. World class museums, large skyscrapers, historic architecture, and competitive sports teams are some of the many facets of Chicago that draw in visitors and residents. Music is another mighty force in the city's cultural fabric. One of the bigger influences in American music, Chicago's music industry is impressive. Read below to learn more about Chicago’s sound, shared through socially conscious tunes, endless music landmarks, and large music festivals...

2020 Event Tickets for Chicago Concerts are on sale now!

In many major cities in the rustbelt of America, post-industrialization swept away long-loved establishments. However, in Chicago, many remarkable historic venues remain, and new ones have been built since prior market crashes. This means that Chicago is saturated with music landmarks, a perfect touring route for the musical at heart.

Stop by Berlin Nightclub, a mainstay of the LGBT community since 1983, offering an energetic, all-hours operation for the open-minded. A relic of 80s and 90s underground music scenes such as rock and alt-rock, The Metro is perfect for those who want to witness where the likes of The Smashing Pumpkins performed. Appealing to those who want a more educational experience, the Creative Audio Archive is a place that contains over 600 music tapes with a focus on free-jazz and other non-mainstream audio. Historical preservation is its aim, with print and visual ephemera backing up recordings from over the last several decades.

Countless other landmarks in music are available across the city of Chicago, may of which host live music regularly. Chic-a-go-Go in Hyde Park, Schubas Tavern in Lakeview, Constellation in Roscoe Village, Cole’s in Logan Square, and Thalia Hall in Pilsen are some of the many impressive venues available to listeners.

For Concerts in Chicago, please see our event listing calendar of Concert tour dates in 2020!

The people of Chicago create politically charged and socially aware music, not afraid to use art to reflect on their lived experiences...

Since the inception of music, it has been a way for artists to connect with life. Contemporary artists are often heard commenting on the underside of American life, particularly in underground music communities. In Chicago, the artists making these bold moves are performing in venues and gaining the support of audiences. Having contained revolutionary hip-hop movements and anti-oppression punks, these modern moves in music are simply a continuation of Chicagoan tradition.

How Do I Find Upcoming Chicago, Illinois Concert Events Near Me?

See below for a list of Concerts in Chicago IL scheduled for 2020. 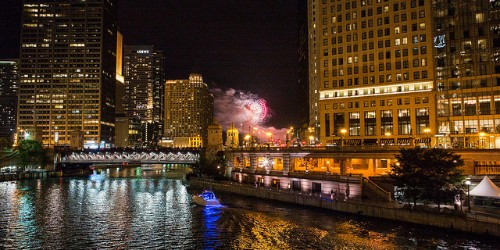