Cleveland, Ohio is one of the state’s larger cities, located in the northeastern corner of Ohio. One of Cleveland’s most notable contributions to the rest of the United States is its role as a turn-of-the-20th-century industrial and manufacturing giant, which would later corrode into one of several major Midwestern Rustbelt cities. Despite Cleveland’s complicated economic evolution, or perhaps because of it, the city has an active cultural life. Among its attractions are the Cleveland Museum of Art, the West Side Market, the Cleveland Botanical Garden, the Cleveland Museum of Natural History, the Great Lakes Science Center, and the Museum of Contemporary Art Cleveland. In addition to these cultural attractions, Clevelanders keep busy with their music scene, enjoying rock museums, fine art performances, and more. Read below to find out what it takes to entertain Cleveland in concert...

2020 Event Tickets for Cleveland Concerts are on sale now!

The most notable music museum in Ohio is Cleveland’s very own Rock and Roll Hall of Fame. Consistently ranked as one of the top Rock and Roll Halls of Fame in the United States, Cleveland’s take of the museum and cultural center is robust. This year’s nominees to potentially be inducted include the following nationally and internationally praised bands and singers: Def Leppard, Devo, Janet Jackson, John Prine, LL Cool J, Kraftwerk, Radiohead, MC5, Rage Against the Machine, Roxy Music, Stevie Nicks, Rufus featuring Chaka Khan, The Cure, The Zombies, and Todd Rundgren. Something that sets this music museum apart is its caliber of concerts. People can join the museum’s membership list to obtain what’s akin to a season past; or, people can buy single tickets to concerts and events that strike their fancy. Performances from Hall of Fame members occur on a regular, rotating basis, with most occurring the warmer, summer months.

For Concerts in Cleveland, please see our event listing calendar of Concert tour dates in 2020!

Some music cities are just known for their mainstream, radio-playing singers and bands. However, Cleveland’s music scene contains trained, talented performers in the fine arts. Part of this phenomenon is that Cleveland attracts and cultivates world-class instrumentalists in the Cleveland Music Conservatory. Beyond that, the city has an audience that craves classical and contemporary compositions, as evidenced by the popularity of Cleveland Museum of Art’s live performances, including the Chamber Music in the Galleries Series. Guest performances add additional performances to the schedule, featuring guests such as the Oberlin Contemporary Music Ensemble, Paul Goussot, Henry Threadgill, Aya Nishina, and Carolin Widmann. From Japanese compositions to classical violin concertos to Pulitzer Prize-winning jazz composers, the Cleveland arts scene is always highlighting the finest artistry. Jazz cafes and collectives offer similarly instrumental-driven spaces throughout the city..

Cleveland’s weekends are filled with music...

Cleveland is a city that is large enough to pull in nationally and internationally touring artists. On the other hand, Cleveland is small enough to honor the talent of its local and regional artists. Both scales of musicians have followings. Whether people want small local acts, regionally respected stars, or national headliners, Cleveland has something on the horizon to satisfy listeners.

How Do I Find Upcoming Cleveland, Ohio Concert Events Near Me?

See below for a list of Concerts in Cleveland OH scheduled for 2020. 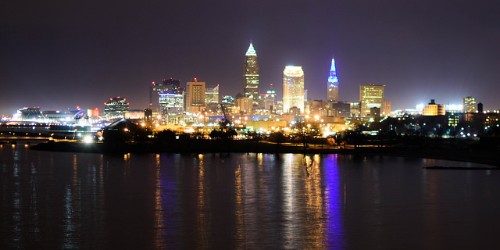