Compared to the music scene in Austin, Texas which is dubbed the “Live Music Capital of the World," Houston, Texas often takes a backseat. However, Houston has its appeal. This city is the world capital of space exploration and a leader in international energy. With over 11,000 restaurants, Houstonians eat out more than residents from 39 other major cities in the United States. In addition to eateries, Houston boasts a densely packed theater district, an enthusiastic sports fan base, and the world’s largest rodeo. Although Houston’s image is not focused on music, its entertainment industries paired with some of the lowest urban housing costs nation-wide mean that this city has the makings of a bright music future. Read below to find out more...

Event Tickets for Houston Concerts are on sale now!

In 2017, Hurricane Harvey became one of the costliest tropical cyclones to date, flooding Texas, Louisiana, Nicaragua, Belize, and Honduras among other areas. The Houston metropolitan area took one of the greatest hits, experiencing cataclysmic rainfall, flooding, and winds. Just weeks after this devastating event, Houston’s music scene began to revive. This quick turn-around was kicked off with Janet Jackson’s world tour. Soon thereafter, small local artist began filling venues that had been spared, salvaged, and repaired from Hurricane Harvey. Emerging rap artists Flyger Woods performed at the House of Blues in Houston, one of the first local artists to build up the music community after the tragedy. Soon thereafter, statewide and regional acts came to Houston, including Open Mike Eagle, Frankie Rose, Dent May, and Brockhampton.

For Concerts in Houston, please see our event listing calendar of Concert tour dates below!

The University of Houston Libraries holds one of the nation’s most compelling hip hop research collections, containing papers, photographs, records, recordings, memorabilia, and more from multiple stars in Houston’s hip-hop community. Although U of H hosts a number of hip-hop concerts throughout the year, the city’s scene goes far beyond that, with organizations such as Houston Hip-Hop Fix organizing the city’s expression of the genre, from interviews to music videos to early releases to concert news. With such a solid scene, it is no wonder why musicians such as DJ Screw, Slim Thug, Paul Wall, Scarface, Chamillionaire, Lil’ Keke, Mike Jones, Trae, and Big Moe rose in popularity. Today, Houston’s hip-hop scene still makes an impact, shepherding in diverse performers, including a new wave of women, such as Genesis B.L.U. Listeners who love exploring nuances within the genre of hip-hop or supporting diverse perspectives in the genre ought to stop by Houston and appreciate its hip-hop concerts.

Houston has contributed to the success of artists across genres...

How Do I Find Upcoming Houston, Texas Concert Events Near Me?

See below for a list of Concerts scheduled in Houston TX. 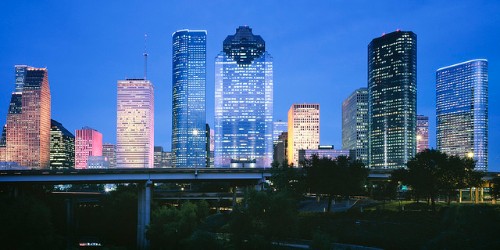