Louisville is Kentucky’s largest city, known as the “Gateway to the South," bridging the Midwestern and Southern regions. Some of the city’s most notable geographic markers are the Ohio River and the Kentucky River, both of which are near the border to Indiana. One of Louisville’s standouts in entertainment is the Kentucky Derby, located at the Churchill Downs, which is an ever-popular horse race. This city of railroads, waterways, and horses has other facets, too. Take its music, for instance. A dynamic city that has been a contributor to the history of music, Louisville is undergoing renovation, making way to new venues as historic establishments close their doors. Read below to learn about what makes Louisville a great place to attend a concert...

2020 Event Tickets for Louisville Concerts are on sale now!

Decades ago, Louisville has an entire crop of music venues enjoying a musical harvest, complete with musicians on tour, authenticity in music, and fans with enthusiasm. These old-school spots included the Butchertown Pub, Uncle Pleasant’s, Tewligan’s, and Coyote’s, each with a distinct tone and audience. Sadly, many of these venues have come and gone, leaving the music scene in Louisville void of community hangouts and establishments.

Fortunately, in recent years, new venues have appeared, attempting to fill the big shoes of venues from the past. Some of these new spots include the Louisville Palace, Zanzabar, Kaiju, and Headliners Music Hall. A handful of these venues are housed in the buildings of former Louisville venues, a celebration of that history; however, these new venues focus on a new generation, a new sound, and a new community.

For Concerts in Louisville, please see our event listing calendar of Concert tour dates in 2020!

From simple frontier town to energetic river city, Louisville’s has evolved through a myriad of genres and musical influences since its founding in the 1700s. In fact, Louisville, Kentucky claims to be a “way station for some of America’s most original music,” citing its relationship to genres such as blues, jazz, country, bluegrass, and rock and roll. With its hands in many pots, the musicians in Louisville continue to represent this diverse array of sounds and influences. Check out underground venues, coffee shop venues, and other off the wall venues to see the true variety that is encompassed in Louisville’s music scene.

Kentucky is one of the most beautiful states in the union, complete with the forests, hills, and mountains of the Appalachian Trail. Starting in April, the festivals continue to fill Louisville through October. What adds to the appeal is that many of Louisville’s best festivals are not exclusively offering music; rather, the range of festivals brings together people who share all sorts of interests, from food to culture to language to dance to animals and more. Some of the most notable festivals include the Kentucky Derby Festival Fest-a-Ville, GonzoFest, Abbey Road on the River, Kentucky Reggae Festival, Forest Fest, Kentuckiana Pride Festival, Waterfront Independence Festival, Forecastle Festival, Blues Brews & BBQ Festival, Kentucky State Fair, WorldFest, Derby City Jazz Festival, PeteFest, Bourbon and Beyond, Rock the Water Tower, Louisville Irish Festival, National Jug Band Jubilee, Louisville Music Awards, Louder Than Life, NuluFest, Garvin Gate Blues Festival, and Belknap Fall Festival.

How Do I Find Upcoming Louisville, Kentucky Concert Events Near Me?

See below for a list of Concerts in Louisville KY scheduled for 2020. 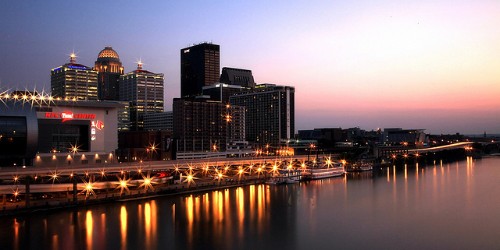