Along with Saint Paul, Minneapolis is the Minnesotan city that makes up the “Twin Cities” which are bisected by the Mississippi River. Whereas Saint Paul is the state’s capital, Minneapolis is the larger, more populous city between the two. Minneapolis has many other nicknames, such as the “City of Lakes” and the “Mill City.” Minneapolis is known for some eccentric quirks; it is the birth place of iconic artist Prince, the location of the first Internet Cat Video Festival, and the old stomping grounds of Bob Dylan. Clearly, Minneapolis has had an influence on international music and entertainment. Keep reading to learn about what makes the concerts in this Midwestern city an easy sell...

2020 Event Tickets for Minneapolis Concerts are on sale now!

The list could go on and on. Some of music’s most activist, counter-culture artists in the United States have been shaped by Minneapolis. For contemporary listeners, the value in this is that Minneapolis is a place where something unusual and eccentric is celebrated.

For Concerts in Minneapolis, please see our event listing calendar of Concert tour dates in 2020!

Although few people consider Minneapolis a city of transplants, this city’s music scene has enclaves of transplanted musicians who have been drawn to the Twin Cities. Residents from Minnesota’s neighboring states—North Dakota, South Dakota, Indiana, and Wisconsin—are most likely to jump ships. Musicians from Eau Claire, Wisconsin are perhaps the most unified and notable group of musicians who roamed from their home state to the city of Minneapolis, first leaving to attend the YMCA’s Camp Manitou together. Now in their 30s, this group transcends genres; they are most known for their playfulness and loyalty to the music. Although they make their mark on Minneapolis’ sound performing local gigs on weekdays and weekends, these artists banded together to form an indie record label, Totally Gross National Product. The label has over 53 releases to its name, including songs from Makr and Lizzo.

Last year, dozens of Minneapolis-based albums were released. These included Silhouette of Sirens by Chastity Brown, Down so Long by Greg Grease, The Majesty of Beasts by Mary Bue, Shadowlands by Romantica, Parables of Neptune by Lady Midnight and Afrokeys, Faded Days by Actual Wolf, Rerun City by Reina del Cid, and Veterans of Pleasure by Stnnng. Across genres, local artists are making music, whenever they are not playing venues such as First Avenue, which holds over 550 concerts annually, and The Cabooze, which seeks diverse sets that are new to listeners.

How Do I Find Upcoming Minneapolis, Minnesota Concert Events Near Me?

See below for a list of Concerts in Minneapolis MN scheduled for 2020. 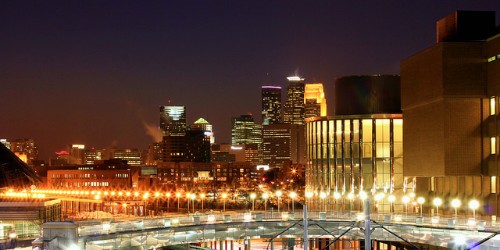