An extravagant, lush, spirited, intercultural city, New Orleans has one of the most individual personalities in the United States. This city has a reputation for being a great American melting pot and its most well-known festival Mardi Gras, making it a hotbed of entertainment. Read below to learn more about what makes this Louisiana city a standout in music, too...

2020 Event Tickets for New Orleans Concerts are on sale now!

The mean elevation of New Orleans is merely 5 feet above sea level, an indicator of how connected with water this city is. Much of New Orleans is located along the banks of the Mississippi River. Contact with Lake Pontchartrain, which connects to Lake Borgne, provides access to the Gulf of Mexico. Being partially peninsular with so much water access, New Orleans is a major trade port, even more so in the past. Because of this unique geographic position and economic significance, New Orleans became a place where—throughout history—tons of cultures met and intertwined. French, African, Spanish, German, Irish, Canadian, Native American and American are some of the many cultures that combined in the city throughout history. As a result, New Orleans itself has become a mishmash of influences. This has colored every aspect of the city, including its music.

For Concerts in New Orleans, please see our event listing calendar of Concert tour dates in 2020!

New Orleans is a city that has diverse representations and associations. From its colonial past to its scandalous night life to its natural tragedies, the city has inspired so much in the culture, politics, entertainment, and imagination of the United States. For years, singers across genres have reflected on the city, such as Patti LaBelle’s “Lady Marmalade,” Louis Armstrong’s “St. James Infirmary,” Creedence Clearwater Revival’s “Born on the Bayou,” Red Hot Chili Peppers’ “Apache Rose Peacock,” Tina Turner’s “Proud Mary,” Foo Fighters’ “In the Clear,” The Animals’ “House of the Rising Son,” Waylon Jennings’ “Louisiana Women,” and Cher’s “Dark Lady.”

New Orleans' influence has not faded in recent years. In addition to easy listening favorites such as Harry Connick Jr., hip-hop, bounce, and pop are blossoming in this city. Big names like Lil Wayne and Big Freedia are now international stars, inspiring artists and listeners and shaping the trajectory of contemporary music with diverse and socially conscious perspectives. People who are curious about the image of New Orleans and why it holds such a unique place in American culture should experience the city’s concert scene.

New Orleans live music is so embedded in culture that it is everywhere...

Whether it is jazz, blues, R&B, Zydeco, or bounce, music is the mouthpiece of the people of New Orleans. Naturally, it follows that music is every place, all the time. Boutiques, bars, restaurants, community centers, schools, corners, homes, and more create a constant ebb and blow of sound. The French Quarter is particularly well-known for its street performers. Local favorites include Tanya & Dorise, a year-round duo near 500 block, bringing soulful instrumentals on guitar and violin. Buku Broux is another favorite, often found at the corner on Royal and St. Peter. They are a world fusion jazz ensemble. The Mississippi River, Jackson Square, and Frenchmen Street are some other recommended destinations for street music.

How Do I Find Upcoming New Orleans, Louisiana Concert Events Near Me?

See below for a list of Concerts in New Orleans LA scheduled for 2020. 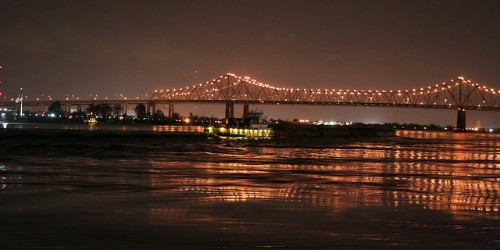