New York City is one of the few American cities that needs little introduction. Bold, diverse, and far-reaching, NYC is an icon. Its five boroughs—Manhattan, Brooklyn, Queens, The Bronx, and Staten Island—each have many offerings in entertainment. Keep reading to learn more about how NYC influences music and provides an excellent experience to concert attendees and visitors from around the world...

A notorious center for innovation in America, a champion of the American Dream, NYC attracted immigrants from around the world, with large sub-communities within the city’s densely packed borders. This multifaceted history has encouraged the diversification of music, in which a single genre branches out into dozens of other, newer, more dispersed genres.

One example of this in in Latinx music. Cuban, Puerto Rican, and later Dominican immigrants brought their cultural sounds to NYC in the early 20th century. From this fusion, a number of new music genres were born, rooted in Caribbean tradition. From Latinx musi brought to NYC, the following genres came to be: boogaloo, cha cha cha, conga, cubpop, Latin jazz, Latin soul, mambo, merengue, reggaeton, rumba, salsa, hip-hop, and protest and political music.

One of the most diverse and multicultural cities in the world, NYC’s amalgamation of influences creates music that is often ahead of its time. This is how genres such as folk and jazz proliferated in NYC and how genres such as hip-hop were born in NYC. However, this forward-thinking approach goes beyond song into how songs are shared. For the ultimate Broadway Hip Hop experience, buy tickets for Hamilton in New York.

As the internet because an increasingly pervasive force in the daily—and sometimes hourly—lives of many Americans, culture changes, including music culture. As records descend in popularity, instant streaming flourishes. With social media websites adapting to these new modes of sharing, music digitization is changing the way artists create and disperse their work. For decades, major labels have controlled much of what is heard by Americans, but now, independent artists and independent labels in NYC are paving the way, showing how decentralization can be leveraged to the advantage of little-known artists.

In venues such as ShapeShifter Lab, IBeam, and Douglas Street Music Collective, independent artists and labels give way to what sounds are soon to come in the larger music industry. Some of the emerging artists leading the way include BLK SLK, Darkwing, Escort, Amber Mark, St. Lenox, Holy Tunics, Loose Buttons, LEGS, Human People, JD Samson, Brasstracks, and Dr Danny.

NYC indie artists are creating new music in this city...

NYC is a top spot on nearly every world tour, known for having on the biggest, best music industries that the world has ever seen. Despite the stars that draw insurmountable crowds, NYC has a more niche, underground, DIY music community that will fill music lovers with joy. The small-scale groups that tour around the U.S. are sure to stop by NYC, too, filling smaller, more intimate venues week after week.

How Do I Find Upcoming New York City (NYC), New York Concert Events Near Me?

See below for a list of Concerts scheduled in New York City (NYC) NY. 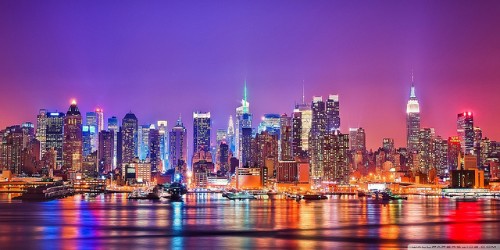