To the rest of the United States, Omaha, Nebraska might be best known for its role in the food industry as a world-class provider of hand-cut Omaha Steaks, a company that pulls in a revenue of 450 million dollars. To match up to its rustic impression, Omaha is known for its pioneer history, particularly its stop on the Lewis and Clark National Historic Trail. The biggest, most populous city in Nebraska, Omaha has plenty for locals and visitors to do. Historic sites, museums, and parks are some of these attractions. The music of Omaha is appealing, too. Keep reading to find out why...

2020 Event Tickets for Omaha Concerts are on sale now!

Some people do their best when the spotlight is not on them. Omaha is that type of person, just in city form. As the world welcomed in the new century, 2000, Omaha garnered national attraction. Independent record labels such as Saddle Creek Records formed; bands like Bright Eyes made an impression on millions. Some people believed that national attention faded because Omaha’s music scene faltered; however, that is not the case. A handful of music industry experts including Brenton Gomez have chosen Omaha over music cities such as Chicago and Detroit. With a comfortable economy based on low unemployment rates and low cost of living, Omaha as a well-kept secret, allowing part-time workers to devoted time and energy to their craft. For cities like Omaha, the lack of national notoriety makes it accessible to musicians, countering the extreme gentrification faced by other cities. For a music scene that is understated, explore Omaha.

For Concerts in Omaha, please see our event listing calendar of Concert tour dates in 2020!

Did you know that Omaha has been home to artists including Elliott Smith, John Trudell, Jimmy Skaffa, Fred Astaire, Conor Oberst, Bright Eyes, 311, Tilly and the Wall, Victor Lewis, Tim Halperin, and Vernon Garrett? A handful of these musicians are common names in indie and alternative circles. However, many of them are underrated industry experts. Although many musicians rave fame, Omaha is a place where the focus is on the music, not the notoriety. For laid back, casual, leave-your-ego-at-the-door music, check out what Omaha, Nebraska is creating.

What do you think the local music scene where you live will be like in the next year? That is exactly what publication Hear Nebraska asked those connected to the local music and arts community. From singers to musicians to public relations to hosts to fans, folks weighed in on the matter. One projected trend is that people expect Omaha to forge interdisciplinary shows, mixing live art, music performance, and slam poetry, allowing the arts to be inspired by one another. Similarly, music management workers, such as Emily Cox at E3, anticipate politically charged tunes. Expression seems to be a prominent theme. How can concerts be used to raise money for nonprofits or causes? How can lyrics reflect an artist’s stances? Another key trend on the horizon is that artists expect their music to continue to defy genres. Pop will melt into blues and rock will decay into metal-punk fusion. Others predict a turn in show demographics, thinking that younger audiences will once again dominate the scene, rejuvenating the concert scene.

How Do I Find Upcoming Omaha, Nebraska Concert Events Near Me?

See below for a list of Concerts in Omaha NE scheduled for 2020. 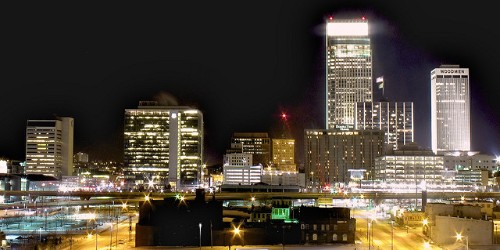