Philadelphia is one of the most important cities in American history, due in part to its role in the American Revolution. This Pennsylvanian city was founded by Willian Penn; it was founded with the intention of creating a refuge of religious tolerance and independence. Today, Philadelphia is the largest and most populous city in Pennsylvania. For those living in Philadelphia or traveling to Philadelphia, keep reading to gain insight about why Philadelphia is a major entity looking back and looking forward in music...

Event Tickets for Philadelphia Concerts are on sale now!

Pennsylvania is one of the United States’ original 13 colonies, and its capital city Philadelphia is one of the oldest cities in the U.S., founded in 1682. This history is significant, because Philadelphia is a place that has had hundreds of years for music to develop. A strong immigrant force, including Jewish, Greek, Italian, Irish, Swedish, German, African, Scottish, Romanian, Slovakian, Russian, and other traditions, blended to create an original American sound identity.

Since its inception, Philadelphia has had an interesting relationship with the arts and music more specifically. In fact, in 1700, a German immigrant names Johannes Kelpius held the first concert in the state of Philadelphia, which was one of the first documented concerts nation-wide. Thereafter, he led the first musical tour out of American into Europe. Additionally, Philadelphia played a key role in the modern conception of popular music by creating parlor songs, which were composed so that musicians of all skill levels could perform them at social gatherings.

For Concerts in Philadelphia, please see our event listing calendar of Concert tour dates below!

Many consider it common knowledge that Philadelphia has a history of ultra successful and talented musicians in pop & rock, indie, and more. After all, Joan Jett, Patti LaBelle, Erykah Badu, Will Smith, Jim Croce, Hall & Oates, Boyz II Men, Tammy Terrel, and more have come from the City of Brotherly Love. What many people do not realize is that Philadelphia is having a renaissance of good sounds. According to Rolling Stone’s list of the “45 Best Albums of the Year So Far” (2015) and other music authorities, some of the best music nation-wide is being created by Philadelphia’s artists. Hop Along, The War on Drugs, Kurt Vile & the Violators, Cheerleader, Son Little, Cayetana, and Sheer Mag are some of the many ridiculously good creators that call Philadelphia home. To support their work and experience their music, give concerts in this city a listen.

Philadelphia’s musical talent is not slowing down...

Not only has Philadelphia’s contemporary sounds risen to the quality of those in the past, many argue that these newer artists have transcended the work of their forefathers and foremothers. As explained by music aficionado and industry insider Bruce Warren, Philadelphia’s music scene has always been awesome. However, a decade ago, Warren saw a rapid development in the city’s music scene, including new bands, venues, and recording studios. As a result of this exciting shift, new projects, such as Warren’s segment on the WXPN website called The Key, have formed to celebrate and encourage the new artistry.

How Do I Find Upcoming Philadelphia, Pennsylvania Concert Events Near Me?

See below for a list of Concerts scheduled in Philadelphia PA. 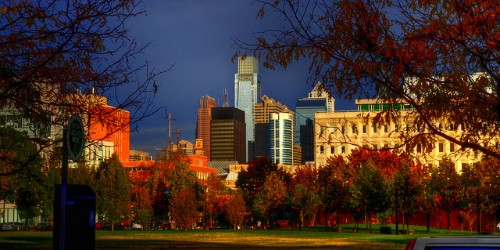