Raleigh is the capital city of North Carolina. It is located roughly in the center of the state, between the Pledmont Plateau and the Coastal Plain. With a population of roughly 500,000, this mid-size city is not the largest in the state, but it makes a statement nonetheless. Raleigh is filled with state establishments and several universities, so there are plenty of people interested in entertainment. A modern-meets-historic city with marvelous museums, premiere parks, and foodie destinations, Raleigh provides many activities for its residents and visitors. Keep reading to learn more about what the city brings in terms of music...

2020 Event Tickets for Raleigh Concerts are on sale now!

Music festivals are not for everyone. Given their duration and immersive intensity, they often attract music fanatics. Who else will battle the elements, camp out, wait in lines, and so on, dedicating themselves to the cause? Although the festival experience may seem extreme to casual concert attendees, there is an appeal to packing so much talent, performance, and entertainment into such a short window of time. For people who love to focus on the music and make a social gathering of it, Raleigh brings options to the table.

For Concerts in Raleigh, please see our event listing calendar of Concert tour dates in 2020!

Although various big cities in the United States have well over 100—or even 200—venues within it, for a mid-size city, Raleigh’s number of venues is impressive. Passionate fans have strategically supported the growth and development of their music scene over the years, building a grassroots type of community. Each of the 80 venues has a specialty, ranging in audience size, genre focus, tempo target, mood, and locale (national, regional, or local). Many Raleigh artists insist that the venue is far less important than the crowd; still, everyone has their favorites. The front man of American Aquarium prefers Lincoln Theatre, Slim’s Downtown, The Pour House Music Hall, and KINGS. For listeners who want the simultaneity of a homegrown feel with a bounty of options, Raleigh’s venues are worth experiencing for yourself.

How Do I Find Upcoming Raleigh, North Carolina Concert Events Near Me?

See below for a list of Concerts in Raleigh NC scheduled for 2020. 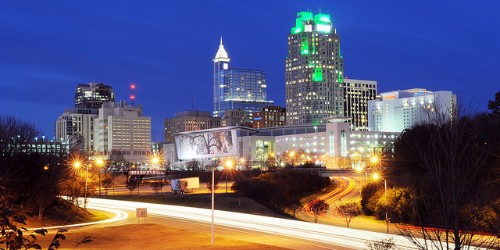