San Antonio is a city is the southern and central area of Texas, following the San Antonio River. It is known for its history, such as the 1836 battle for Texan independence from Mexico, 18th-centure Spanish mission work, and colonialism more broadly. There is plenty to do in San Antonio, such as explore San Antonio River Walk, visit Alamo Mission, see SeaWorld, and view HemisFair Park Tower. What does San Antonio’s music scene contribute to its entertainment resources? Read below to find out more...

2020 Event Tickets for San Antonio Concerts are on sale now!

In large music scenes dominated by national and international tours, local artistry gets drowned out, forced into underground communities. This does not happen in San Antonio. In fact showcases such as the 6th annual San Antonio Music Showcase spotlight the local arts. During this 1-day event, over 6o bands and DJs fill 25 stages in a single San Antonio neighborhood. This overwhelming push to fill venues and line them up with local acts shows a stunning amount of comradery, organization, and acceptance. Artists from a variety of genres collaborate to accomplish this feat. The only trouble is that listeners have so much to choose from during the San Antonio Music Showcase.

For Concerts in San Antonio, please see our event listing calendar of Concert tour dates in 2020!

San Antonio River Walk, also known as Paseo del Rio or The River Walk, consists of city parks and a corresponding network of walkways that run along the bank of the San Antonio River. It is one story beneath San Antonio’s streets. This cool feature is a marvel of urban planning. Plus, it draws a variety of cool boutiques, shops, restaurants, and performance venues just one story above ground.

Sam’s Burger Joint & Music Hall is one of The River Walk’s places for concert-seeking folks. Considered among many the best music room in San Antonio because of its quality sound system, limitless view, tasty food, and diverse set list, this joint is a do-it-all stop on any visitor’s tour. Howl at the Moon is another River Walk favorite, known for getting its patrons to dance. High-energy live music paired with large amounts of alcohol is the name of the game at Howl at the Moon. Other concert-centric stops along the River Walk include Biergarten, El Luchador Bar, Jazz Texas, Maddog’s British Pub, and more.

In addition to the hordes of live, locally-based artists that fill San Antonio’s venues during events like the annual San Antonio Music Showcase, San Antonio’s music scene is interesting and developing all year long. One reflection of this is the San Antonio Current’s music column. Within the last 2 days alone, a number of headlines have surfaced about the city’s music. These include “Phenomenal Rising Rapper Duckwrth Will Bless the Mix at Paper Tiger This Halloween,” “Emotive Post-Hardcore Veterans Thursday Return to San Antonio Next Year,” “Rockers Queensrche Announce New Album, Tour with San Antonio Stop,” and “First Round of Artists Announced for 2020 Fortress Festival in Fort Worth.” Clearly, a lot is happening in San Antonio arts every day of the week, every week of the year. For music lovers who want to experience a scene that is dynamic, San Antonio will keep you busy.

How Do I Find Upcoming San Antonio, Texas Concert Events Near Me?

See below for a list of Concerts in San Antonio TX scheduled for 2020. 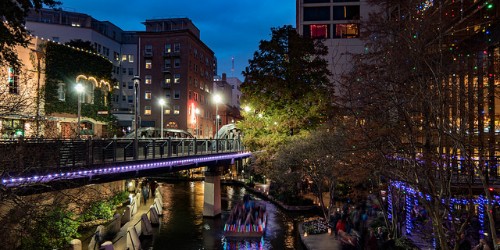