California has several sizable urban areas such as Los Angeles, San Francisco, San Diego, Sacramento, San Jose, Fresno, Oakland, Long Beach, Pasadena, Santa Barbara, Irvine, Riverside, and Palm Springs. Because San Diego is one of the Californian cities that borders the Pacific Ocean in the southern corner of the state, it is best known for its beaches, parks, naval fleet, and warm weather. Visitors who are not captivated by the ease of access to water can explore attractions such as the San Diego Zoo, San Diego Safari Park, SeaWorld San Diego, and LEGOLAND California. However, people who enjoy concerts will find plenty to do in this SoCal city, too. Continue reading to learn more about what draws listeners in the San Diego’s concert scene...

Event Tickets for San Diego Concerts are on sale now!

No matter what a listener wants in a concert venue, San Diego has some options ready to welcome in guests. For big-time concert venues that hold masses of fans and host big-name acts, The Observatory in San Diego’s North Park neighborhood is a great selection. It manages to feel somewhat intimate for such a large, crowded venue. Listeners who desire to know what is on the up-and-coming should see a show at the Soda Bar or Space Bar. Both venues are easy to pass by if you do not know what to look for before going out for the night, but their variant set of artists and quality openers make it worth finding these joints. People who love the energy and feel of historic venues will surely love The Balboa Theatre, with its 1924 architecture in San Diego’s downtown area. Designed for excellent acoustics, it delivers on the sound experience. There are plenty of genre-specific venues to explore, too. Kava Lounge is great for hip-hop, Tower bar specializes in punk, and Brick by Brick deals out metal.

For Concerts in San Diego, please see our event listing calendar of Concert tour dates below!

San Diego has an arid Mediterranean climate. Although residents may want a reprieve from hot, sunny, dry summers and cool, wet winters, tourists cannot get enough of its lax, beach atmosphere. These are the venues that offer an element of outdoors, ranging from backdoor patios to tiki bars to stadiums: Petco Park, Cal Coast Credit Union Open Air Theatre, Spreckels Organ Pavilion, Humphreys Concerts by the Bay, and Waterfront Park.

San Diego has contributed to Californian music by offering something unique and indie...

Because many listeners flock to Los Angeles for premiere shows, San Diego has room for indie, alternative, metal, psychedelic, and anything that is just a little strange. For instance, according to some papers in the San Diego music scene, the city is a hub for psychedelic music, even decades after the movement began out West. Today, JOY, Sacri Monti, Petyr, and Harsh Toke carry the torch with lo-fi, improve-driven music that harkens back to those earlier psychedelic influences. Metal is another genre that matches this off the beaten path mentality. In the early 2000s, the metal community made efforts to unify, with websites such as SD Metal offering a place for collaboration and communication. They encourage new listeners and inspire old listeners with news, album reviews, interviews, and contests.

How Do I Find Upcoming San Diego, California Concert Events Near Me?

See below for a list of Concerts scheduled in San Diego CA. 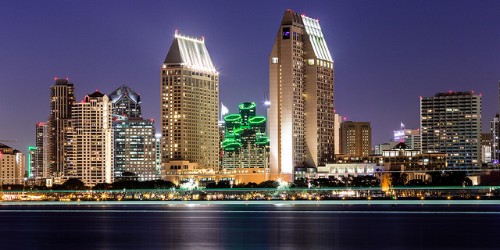