San Francisco is a city in northwestern California, located between the Pacific Ocean and the San Francisco Bay. The city is relatively condensed, with nearly a million people living in the 46 square-mile city and even more commuting in and out of the hilly, mountainous city each day. A seaport, financial center, and cultural hub, San Francisco is a well-known and fondly reviewed city. It is known for a number of attractions, including the Golden Gate Bridge, Alcatraz Island, Lombard Street, and AT&T Park. San Francisco’s musical scene is even more impressive. Keep reading to learn more about what makes its music and concert life entertaining...

2020 Event Tickets for San Francisco Concerts are on sale now!

San Francisco has been a focal point in some major cultural revolutions and musical developments in popular music. For example, in the summer of 1967, dubbed the Summer of Love, San Francisco held gatherings for nearly 100,000 hippies, seeking freedom, expression, and rebellion from norms. Genres such as acid rock came out of this compression of influences, making way for some of the most influential figures in music, including Janis Joplin, Jefferson Airplane, Grateful Dead, and more. A place where music festivals evolved and flourished, iconic shows such as Fantasy Fair, Monterey Pop Music Festival of Northern California, and Magic Mountain Music Festival were formed.

Today, music lovers can embrace this history by viewing music landmarks such as The Janis Joplin House, The Jimi Hendrix House, and The Grateful Dead House. Buy physical music memorabilia including records at historic shops like Amoeba Music, and indulge in some of their live shows, ranging from Twenty One Pilots to Young The Giant to Jason Achilles. Or, frequent the number of venues still around today that hosted the greatest rock legends of all time.

For Concerts in San Francisco, please see our event listing calendar of Concert tour dates in 2020!

San Francisco’s best music venues are not run-of-the-mill, monotonous places. The most successful pillars in San Francisco’s music scene have defined audiences and distinct personalities in the music landscape. Take, for example, Sweetwater Music Hall. Inspired by the original 80-seat, welcoming, living room setup Sweetwater where the likes of Jerry Garcia, Elvis Presley, and Elvis Costello played. The new Sweetwater Music Hall seats 300 on a patio, inspiring the impromptu performances that made the original an instant classic. Although there is a regular line up, audiences never know who might stop by to jam, such as Bonnie Raitt or Bob Weir.

One of the most exciting music spots in the United States, San Francisco is more than a place for touring acts. Local and regional artists play a major role in the community’s vibrancy. Its fabric includes cover bands like Petty Theft (covering Tom Petty), original futuristic artists like Brenda Le Jones, rock and roll bands like Matt Jaffe & The Distractions, and soaring pop starlets like Zana. Listeners who want to oscillate between headliners and little known local and regional acts will find plenty to hear in this city.

How Do I Find Upcoming San Francisco, California Concert Events Near Me?

See below for a list of Concerts in San Francisco CA scheduled for 2020. 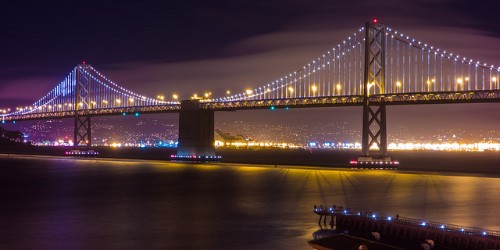