He was first termed as “Davino the Boy Magician” back at the age of 10. After two years of honing magic in his hands, he entered the Society of American Magicians (SAM) at the age of 12 and was the youngest person ever admitted to the society. During his early history, Copperfield found magic as his way of making friends and to get girls. As a young magician in his early years, to practice magic at its peak was always his thing.

For over 30 years of performing, David Copperfield’s career as a magician was and still a growing success. In fact, it earned him a total of 38 nominations with 28 Emmy Awards and 11 Guinness World Records. He is also one of the Hollywood’s Walk of Famers and he has been named by the US Library of Congress as the ‘Living Legend’.

David Copperfield (also called as the Master Magician) is usually seen to perform magic on televisions and live shows. The way he plays and carries magic in people’s eyes is just incredibly astonishing. He is best known in performing creative illusions and magic such as the navigating of the rapids in Niagara Falls and flying over the Grand Canyon.

As he continues to perform and amaze people by his talent, David Copperfield will surely get his audiences more gazed and amused as he takes another level of his magic tricks and illusions.

His up to date shows in Las Vegas could be another larger-than-life illusions to be performed up close at the MGM Grand. 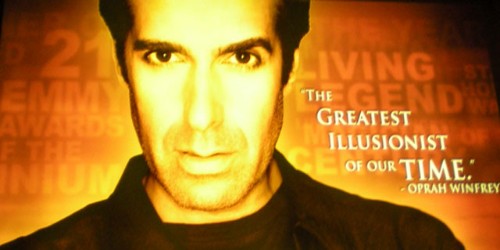