Kenneth Eric Church—who goes by Eric Church these days—is one of the top modern country artists. Since he started in the industry, he has been known as a rebel. In the early days of his career, he toured as an opening act with the Rascal Flatts. However, he was performing his sets too long and too loud. Unwilling to play by the rules, Church was fired and replaced by Taylor Swift, who was also and up-and-coming artist at the time. Church had a similar experience in his homes state of North Carolina; although he performed at some local bars, many venues had their hesitations. Church admits that he has a chip on his shoulder, but he has leveraged the setbacks as motivation to keep going, and fans seem to love his take-me-as-I-am spirit...

This singer, composer, songwriter, and guitarist debuted as a performer in 2006 with the album Sinners Like Me. Todd Sterling of AllMusic explains that at the time, country was seeping into a “soulless pop rut,” so Church’s old school, outlaw country approach with rock accents, reminiscent of Waylon Jennings and Hank Williams Jr., resonated with country fans. Since then, Eric Church’s popularity has only continued to grow. In 2009, he released Carolina. But in 2011, his album Chief struck stardom. It reigned as number one on Billboard 200 and Top Country Albums charts and was awarded Album of the Year at the Country Music Academy Awards 2012. The album contains some of his bestselling songs to date, such as “Drink in My Hand,” “Springsteen,” “Homeboy,” and “Creepin’”.

After securing the spotlight, Church’s albums have been released in quicker succession: Caught in the Act (2013), The Outsiders (2014), Mr. Misunderstood (2015), 61 Days in Church (2017), and Desperate Man (2018). As Church’s popularity has grown, he has crossed over into new audiences. People who might not otherwise be drawn to country are being exposed to and loving his music. With this broad audience, Church as played at Lollapalooza and Orion Music Festival. Still, Church holds onto his country roots. Instead of drifting into “bro-country”—a sub-genre of country that focuses on looped beats and snap tracks—Church upholds the old school tenants of storytelling in his music, driven by lyrics. And unlike clean, sanitized, radio-friendly country music, Church isn’t afraid to explore topics that go against the grain. Writing about young lovers’ pregnancy scares to getting high to forget an ex-girlfriend’s wedding day, Church balances those wide-reaching radio hits with soul-searching tracks. To hear Church’s music first-hand, pick up some tickets to his next tour.

Eric Church Events Near You 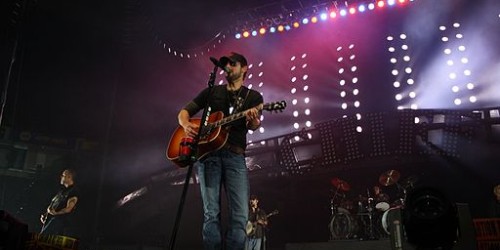