Upcoming Schedule for Hamilton on Broadway


Few musicals have attracted the popularity, acclaim, and universal appeal as Hamilton. The story surrounds Alexander Hamilton, an American statesman and Founding Father who played a pivotal role in the American Revolutionary War and the ratification of the constitution. Rising from poverty to power, Hamilton’s life story fits snugly with the drama-filled hip-hop, rhythm and blues, pop, soul, and traditional hybrid styles of the musical. Lin-Manuel Miranda’s artistic genius has created a soaring success, resonating with millions, making a revenue of 1.45 billion within a single year...

For people who think that Hamilton is simply about Alexander Hamilton’s life—and aren’t familiar with his story of the storytelling involved—it probably sounds boring. However, it is anything but that. Often overlooked, Hamilton was an orphan born in the Caribbean in the 1700s, an orphan whose mother died, dad bailed, and cousin committed suicide. When a hurricane destroyed the town, he made his way to America. The musical speeds through Hamilton’s life, covering all that ground in just the first catchy, invigorating song. Scandalous, modernized, diversified, and relatable, Hamilton is history broken down for all people.

This musical would appeal to many people. Broadway World reviewers reported it is excellent for a variety of occasions, such as date night, family/parent night, and first theater show viewing. History buffs, musical fans, and contemporary art lovers would all love this production, too. It was nominated for 16 Tony awards and won 11 in 2016. It has also been awarded the 2016 Grammy Award for Best Musical Theater Album and the 2016 Pulitzer Prize for Drama. The only musical to have won more Tonys is The Producers (2001), which won 12. Regardless, Hamilton’s influence on pop culture has been profound, introducing new people to musical theater and history, engaging some in political thought for the first time in a long time.


Although Alexander Hamilton is often forgotten in favor of other Founding Fathers—John Adams, Benjamin Franklin, John Jay, Thomas Jefferson, James Madison, and George Washington—this musical brings his name back into contemporary conversation, encouraging people to think about history, diversity, and politics in a new light. If you have heard the hype, or if the premise sounds appealing, go ahead and book those Hamilton Broadway tickets to see the musical for yourself. The soundtrack is incredible, but it is nothing like sitting in a theater to experience it for yourself, whether it is Richard Richard Rodgers Theatre on West 46th NYC in Broadway, or one of the other theaters across the world putting on their own performances of Hamilton. You buy tickets for Hamilton in Los Angeles as well as tickets for Hamilton in New York 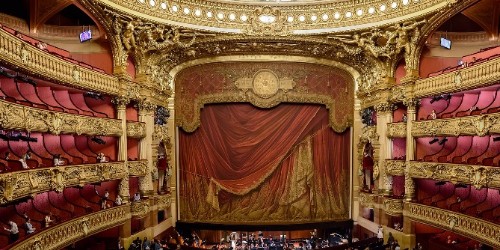