Upcoming Schedule for Hamilton in Philadelphia


If there is a musical that usually gets people’s emotions high, it is the one about Alexander Hamilton, one of the founding fathers. There have been lots of stories and plays depicting one of America’s most known historical figures. Hamilton, the musical, takes us back in time to the days of the founding fathers and the struggle they went through to make America independent. It shows us everything through the eyes of Alexander Hamilton...

Composed by Lin-Manuel Miranda and based on a 2004 biography from Ron Chernow, it details the events around Alexander Hamilton during the formative period of the United States. Grab your Hamilton Broadway tickets for the show in Philadelphia to witness history unfolding before your eyes in a theatre near you. The musical tells Alexander Hamilton’s story through powerful song and dance. Some of the genres you will see when you buy Philadelphia Hamilton tickets include R&B and Soul, Hip-hop, and traditional-style music. There is also a bit of rapping here and there for a taste of the 21st century. Find a Philadelphia Hamilton Schedule to relive the history of one of our great founding fathers in a breathtaking musical journey.

One of the highlights of the show is the conscious color casting of the actors. Various directors of the musical (both off and on Broadway) have been making deliberate efforts to present the historical figures with people of color.It is a welcome change to the typically white musical productions that showcase these historical figures.

Since its inception in 2015, the musical has earned several awards and positive critiques. In its Off-Broadway debut at The Public Theatre, it got a record fourteen nominations at the Drama Desk Awards and eventually won the Outstanding Musical award plus an additional seven others.If this won’t convince you to get tickets for Hamilton in Philadelphia, nothing else will!

When it finally moved to Broadway at the Richard Rodgers Theatre, the musical bagged a whopping 16 nominations from the Tony Awards 2016, winning the Best Musical Award plus 11 others. This was a significant step forward.But that’s not all. It also bagged the Grammys’ Best Musical Award and Pulitzer Prize for Drama in the same year.

The musical made its sold-out off-Broadway debut in 2015 at The Public Theatre. In that same year,it garnered 14 nominations at the Drama Desk Awards and won Outstanding Musical in addition to 7 more awards. Grab your tickets for Hamilton in Philadelphia at the Forrest Theatre and see why the show got lots of enthusiastic critical response and unimaginable box office sales.

Check out the Philadelphia Hamilton schedule to find out when you should get tickets for Hamilton in Philadelphia. Exciting actors and music await you. Grab your Hamilton tickets in Philadelphia, PA, and enjoy an incredible family-friendly retelling of history. 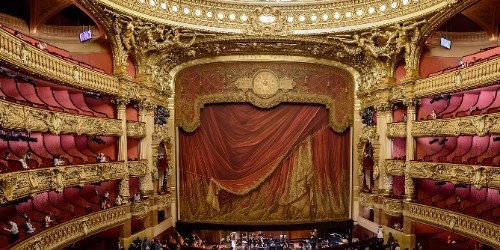