Human Nature is one of the Australia’s best-selling pop vocal groups since 1989. Originally, the band was formed as the ‘The 4 Trax’ in Sydney while they were still schoolmates...

The vocal group signed a contract with Sony Music and renamed itself as the ‘Human Nature’. In 1996, the group released their first album ‘Telling Everybody’. Their early years in the Sony Music turned out to be a blast of success as they have compiled a total of 17 hits in Australias’s top 40 and 5 hits in Australia’s top 10. The Human Nature band has always been recognized as real icons in the music industry, they have hit sales of 1.6 million records in Australia and 7 of their albums reached both multi-platinum (3) and platinum (4).

According to reviews and surveys, Human Nature was picked by Las Vegas Review Journal as ‘Best Singers’ while ranking as the #1 show in the Las Vegas Trip Advisors.

The Motown show presented by Smokey Robinson guarantees a modern twist in the Motown Classic hits of all times, playing songs from the Four Tops, the Temptations, the Supremes, Steve Wonder and a lot more surprises.

The show is something that cannot be missed, the touch of it brings back time and the true beauty of timeless music. Few of the Motown’s favorites, including the ‘Reach Out’, ‘ABC’, ‘My Girl’ and ‘Stop! In the Name of Love’ will surely be heard during the show.

Human Nature is just as timeless as their music and people will always keep listening for more of their hits. Expect another loud applause in the Motown-themed show in Las Vegas as they bring loads of delightful music on stage.

Human Nature Events Near You 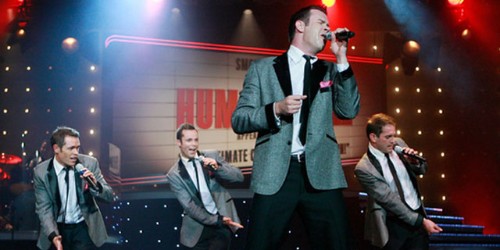