Most recognized for his single “All Time Low,” Jon Bellion is a recording artists, rapper, singer, and songwriter with two studio albums to his name. The first studio album—The Human Condition—was released in the summer of 2016. His second studio album—Glory Sound Prep—took two years to create, debuting in 2018. Jon Bellion is new to big-name music, but he is embracing the spotlight. For more information about Jon Bellion and where you can listen to him, keep reading...

After releasing a mixtape in 2011—Scattered Thoughts Vol. 1—Jon Bellion signed to Capitol label. Interestingly, he kept this quite for years, and he continued to release miscellaneous mixtapes for free before completing an album with the label. When he released his first official album in 2016, Bellion’s “All Time Low” (2016) gained attention. He also glimpsed fame by writing on songs including “The Monster” by Eminem and Rhianna, “Beautiful Now” by Zedd, and “Trumpets” by Jason Derulo. He also sang alongside Zedd on “Beautiful Now.”

For newcomers to Jon Bellion’s music, imagine his style as a mix of genres, from hip hop, to pop, to rhythm and blues. Many tracks feature light rapping, but they are sustained by a pop-heavy, melodic influences. According to The Acquarian, Jon Bellion produces all of his songs himself using a beatpad. This gives a familiar, almost early 2000s feel to his work, as he recycles and rehashes tried-and-true beats, effects, and loops.

From the start, Bellion has aimed to make his music available to his fanbase. He is interested in nurturing a core group of supporters, rather than counting the number of fans. In fact, his first mixtapes were free for this very reason. Several years later, Bellion has that same spirit. Recently, he embarked on his largest tour yet: a 35-city tour in North America. Some of his stops are off the beaten path, following his fans’ hotspots, including places like Uncasville and Wantagh. After that, he plans to hit international spots, too. These include Oslo, Norway; Stockholm, Sweden; Kobenhavn V, Denmark; Berlin, Germany; Zurich, Switzerland; Cologne, Germany; Amsterdam, Netherlands; Paris, France; Melbourne, Australia; and London, Great Britain. Needless to say, Jon Bellion has come a long way from recording mixes in his parents’ basement. Now, he is performing for amphitheaters across the globe. If you are interested in hearing Bellion perform, peruse the tour dates and ticket information.

Jon Bellion Events Near You 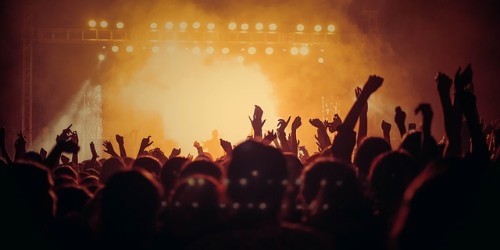