When Mean Girls the movie was released in 2004, it was a sensation. The story about life in an upper-middle-class suburban high school is based on Rosalind Wiseman’s book Queen Bees and Wannabes (2002). Wisemen spent hours interviewing teenagers to come up with the situations and struggles that high schoolers face. The movie took more liberties—obviously coated in humor and quippy one-liners—and grossed $129 million worldwide...

It quickly became a cult classic. Mean Girls 2, released in 2011, did not receive as much acclaim. But in 2017, Tina Fey penned a book, Mean Girls, filled with a similar but different story about high school life, featuring a new main character Cady Heron. The release of the musical conjures the best elements of the original and combines them with the drama and theatrics of a musical, going back to the roots of what made Mean Girls such a phenomenon with this familiar but spun story line.

Mean Girls the Musical—which premiered in 2017—returns to the roots of the Mean Girls franchise. Viewers fell in love with the cast of characters who ranged from horrible and haughty to sympathetic and persevering. Regina George, Gretchen Wieners are some of the original characters to take the stage in this creation. Although there are differences in the plot and dialogue, playwright Tina Fey—who also wrote the script for the Mean Girls movie—keeps the tone, mood, and comedy-satire focused in the same direction.Mean Girls the Musical has woven in emotionally-compelling and plot-driving elements of music to heighten the experience for audiences. Composer Jeff Richmond and lyricist Nell Benjamin formed this foundation. The track list captures everything Tina Fey went for with the original movie with songs such as “What’s Wrong With Me?”, “Sexy”, “I’d Rather Be Me”, “Meet The Plastics”, “Revenge Party”, “Where Do You Belong?”, and “Someone Gets Hurt.” Being Tina Fey’s husband and common collaborator, Jeff Richmond’s score is utterly cohesive, a success at hitting all the right notes.

Mean Girls the Musical is a necessary watch for anyone who has ever seen and loved the original. It is a new take on a cult classic. See Erika Henningsen, Kate Rockwell, Grey Henson, Rick Younger, and Jennifer Simard take the audience back to high school in this production. For ticket information, click here. 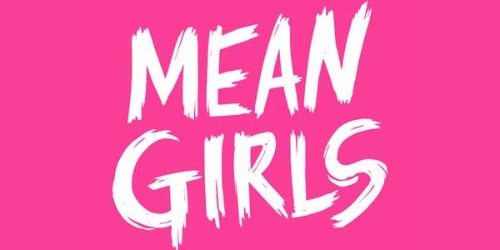