The “Pittsburgh Steelers” is a professional American football team situated in Pittsburgh Pennsylvania. The team is part of the North Division, which plays in the American Football Conference (AFC) of the National Football League (NFL)...

For 31 years, the Pittsburgh Steelers used to play their home games at the Three Rivers Stadium. In the year 2001, a new gaming area was built for the Steelers. The team plays their home games at Heinz Field, located in the North side of Pittsburgh in the North Shore neighborhood. Heinz Field is also used by the University of Pittsburgh Panthers. Before the Three Rivers Stadium, the Steelers also played in the Pitts Stadium and Forbes Field.

Among the teams in the AFC, the Steelers are the oldest AFC franchise. For the record, the Steelers had frequent winning streaks in their gaming history. In fact, they were able to achieve a total of eight wins on the American Football Conference (AFC) Championship games and six Super Bowl titles.

In their league’s history, the Pittsburgh Steelers have three main rivals within their Division, namely, the Baltimore Ravens, Cincinnati Bengals and Cleveland Browns. Aside from their primary opponents, the team had rivalries with the Oakland Raiders, Dallas Cowboys, Tennessee Titans, Philadelphia Eagles and New England Patriots.

Through decades of playing, the Steelers had sixteen coaches, the team’s first head coach was Forest Douds in 1933. One of the sixteen coaches who has the longest term was Chuck Noll, who coached the Pittsburgh Steelers for 23 years.

Pittsburgh Steelers Events Near You 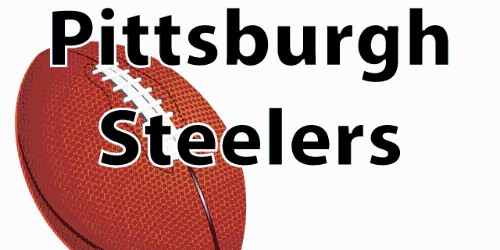