Columbus is Ohio’s capital city, located roughly in the center of the Buckeye State. Its many cultural attractions include the Columbus Zoo and Aquarium, COSI Science Center, German Village, Columbus Museum of Art, Olentangy Indian Caverns, and more. Within the last decade or so, Columbus has expanded into a major metropolitan area, encompassing seven counties that are growing in population and income, among other measures of urban development. Now the 14th largest city in the United States and the second largest city in the Midwest, Columbus’ music scene is expanding, too. Keep reading to find out more about this rising star...

Event Tickets for Columbus Concerts are on sale now!

Every night of the week and every day of the year, dozens of Columbus venues host live shows. According to Cringe, a website that has been running since 1990 and featuring live music in the Ohio State University area through Downtown Columbus, there is no shortage of listening opportunities. Do not underestimate the performance calendar of this seemingly modest Midwestern city. Even if your favorite show sells out of tickets, there is bound to be another musical adventure around the corner.

For Concerts in Columbus, please see our event listing calendar of Concert tour dates below!

Are you interested in hearing Elton John’s farewell tour or Fleetwood Mac’s revival tour? Columbus attracts the best and the best, just like the other large cities such as Chicago, Detroit, Los Angeles, Nashville, and New York. For people who love Midwestern life but crave the amenities and access of big cities, Columbus is the perfect destination or residence, consistently bringing the crème of the crop to its most popular venues.

Each year, publications such as Columbus Underground put a spotlight and the best local bands in the area, and they are never short of musicians to feature. Last year, some of the city’s most loved bands include Counterfeit Madison, Saintseneca, The Wet Darlings, The Worn Flints, Doc Robinson, Damn the Witch Siren, Angela Perley & The Howlin’ Moons, MofoFlo, and The Floorwalkers. Prior winners within the last few years range from Nick D and the Believers to Forest and the Greens to Bummers to Kid Runner to Red Wanting Blue to Lydia Loveless. These artists are recording new albums, performing in familiar venues, collaborating with other artists, and building the community.

How Do I Find Upcoming Columbus, Ohio Concert Events Near Me?

See below for a list of Concerts scheduled in Columbus OH. 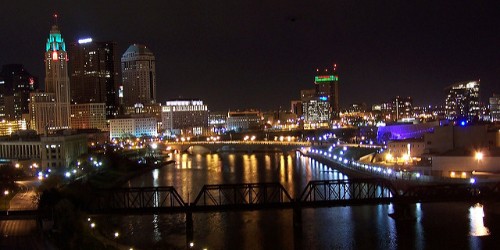