Indianapolis IN Schedule & Tickets for 2020/21 Events

2020 Event Tickets for Indianapolis Concerts are on sale now!

For a city of its size, Indianapolis’ music scene is rather dispersed in terms of industry. In the last year, initiatives such as the Music Cities initiatives have embarked, tasked with measuring and evaluating the assets and areas of improvement in Indianapolis’—and other cities’—music industries. Events such as the Music Cities Forum and the Virginia Avenue Music Fest have drawn attention to what is excellent and what is stagnant in the scene. The strategic changes being outlined and implemented focus on industry aspects, such as economic growth, tax revenues, talent attraction, and quality of life. Other panels, such as the Music and Social Justice panel, focus on issues and experience related to race, gender, and sexual identity in Indiana’s music scene.

For Concerts in Indianapolis, please see our event listing calendar of Concert tour dates in 2020!

Sofar Sounds is a music events startup company that was founded in 2009. It allows artists to come together, perform, and listen to music an a closed, close, intimate, respectful setting. Sofar Sounds accomplishes this by holding secret concerts, tapping into various underground music scenes. It speaks to Indianapolis’ thriving underground community that Sofar sounds has a chapter in town, described as a “family of music” by the writers at No Mean City. For concert fans who like the thrill of the chase in not knowing a venue until the day of the performance, for concert fans who prioritize respectfulness and timeliness, and for listeners who want to really tune in and engage with performers, Indianapolis’ underground scene is a great place to explore. Of course, in addition to more fine-tuned underground hosts such as Sofar sounds, Indianapolis also has a subterranean music scene filling garages, basements, and backrooms. Listeners who want the ingenuity and novelty of these not-yet-public spots will be moved by what is happening in Indianapolis.

Indianapolis has many wonderful music venues...

How Do I Find Upcoming Indianapolis, Indiana Concert Events Near Me?

See below for a list of Concerts in Indianapolis IN scheduled for 2020. 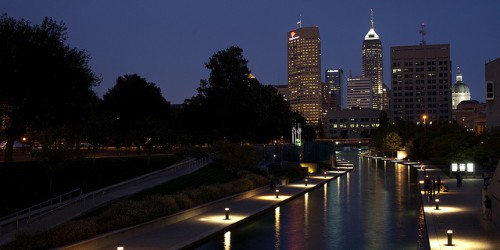