Orlando, Florida is one of the most popular vacation destinations in the United States, especially for fun-loving vacationers. This can be attributed to the dozen plus theme parks and water parks within Orlando’s borders. Although most of central Florida is filled with lowland wetlands such as lakes and swamps, Orlando’s sub-tropical climate with characteristically mild winters and sunny summers makes it ideal for visitors. To learn more about how music plays into Orlando’s entertainment pantheon, read more below...

2020 Event Tickets for Orlando Concerts are on sale now!

Some theme and water park music plays on recording, such as iconic entrance songs to places such as Magic Kingdom and Islands of Adventure. Bringing up memories of childhood, innocence, and awe, music teleports park-goers to a different time and place. The live music experience kicks in the further visitors wander into various parks. In the Wizarding World of Harry Potter—part of Universal Orlando’s Islands of Adventure and Universal Studios Florida—trios and quartets wander around, dancing and singing, bringing spontaneous concerts to tourists throughout the day. That is just one example of many. Live music is used to enhance the immersive experience that guests desire.

For Concerts in Orlando, please see our event listing calendar of Concert tour dates in 2020!

The Universal Orlando Resort brings a slightly more scandalous concert series to its audience during its Mardi Grad season, from February 9 through April 4. In addition to street performers throughout the week, weekends are filled with national acts such as Macklemore, Fifth Harmony, and Sean Paul.

Orlando’s music scene is more than a playground for national artists...

Orlando is a magnet to incredibly talented performers in all of the arts; however, most opportunities are in the tourism industry. This means that the concentrated mass of talented artists rarely explore facets of their craft with freedom, playing what they want to play. Local music industry expert Benoit Glazer identified this shortage of self-directed performance opportunities, answering the call to host free living room concerts. What original started as a small affair of a few concert per year and audiences of 20 to 40 listeners grew to 70 concerts per year to audiences of 125 listeners. In 2004, Glazer founded the Timucua Arts Foundation, aimed at raising money to host these types of local gigs year-round, bringing the underground to the forefront of insiders’ minds.

How Do I Find Upcoming Orlando, Florida Concert Events Near Me?

See below for a list of Concerts in Orlando FL scheduled for 2020. 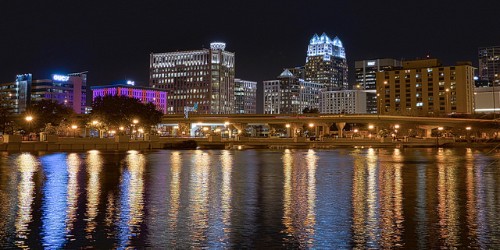