Seattle is the largest city in Washington state and the most well-known city in the Pacific Northwest region of the United States. Economically, Seattle is known for its industries in technology, engineering, and the sciences more widely, wish corporate giants such as Microsoft and Amazon headquartered within it. Seattle inhabits a distinct space in the American imagination, being the setting of movies ranging from The Ring to 10 Things I Hate About You to Sleepless in Seattle. Often defined by its cold, rainy weather and altogether murky, moody reputation, Seattle’s image aligns with counterculture. Seattle’s influence on music has been equally profound. Keep reading to learn more about why this city’s concerts leave an impact on listeners from near and far...

2020 Event Tickets for Seattle Concerts are on sale now!

Some big cities manage to build formidable music scenes; however, Seattle’s smaller, more isolated community has led to its musical success and the creation of a distinct music culture with labels like Sub Pop, founded in 1988, leading the way. Seattle’s most prominent prodigies each have a cult following of their own, from Pearl Jam to Nirvana to Soundgarden to Alice in Chains to Jimi Hendrix. Its musical movements--namely grunge--have a cult following of their own.

For Concerts in Seattle, please see our event listing calendar of Concert tour dates in 2020!

Seattle’s counterculture is conducive to providing underrepresented voices a chance to speak out. Ideologically, Seattle grunge gave way to musicians who were anti-consumerism, anti-capitalism, economic hardship, mental health difficulties, censorship, and other ideas that were repressed in the 80s culture of more is more.

Another underrepresented voice that Seattle made way for was women in music, especially in hardcore, alternative, metal, rock, grunge, and indie spaces, as reflected in the invention of the Rockrgrl Music Conference, an annual fixture in Seattle, which first debuted in 2000. Such platforms for minority perspectives in music have influenced contemporary artistry in Seattle. Women play a key role in its music culture. The female band Tacocat was first shunned as an opening act band, but their determination in basements and other DIY spaces prevailed. Now, they welcome touring all-girl bands into their home, encouraging continued empowerment and projection of diverse voices. Although this pro-women music hub started as a punk phenomenon, other genres are benefiting by the path carved by punks like Riot Grrrl.

In several unconventional genres, Seattle artists are creating incredible music and putting on fantastic concerts for live listeners. This means that for people who want talented musicians who bring genre-bending concert experiences, Seattle is the place to be.

For alternative country and Americana, The Maldives, Lonesome Shack, Inly, Vaudeville Etiquette, The Moondoggies, Shelby Earl, and Star Anna are great options. There is no shortage of indie rock with My Goodness, Iska Dhaaf, Pickwick, Ayron Jones, La Luz, Smokey Brights, Deep Sea Diver, Kithkin, The Hoot Hoots, and Hounds of the Wild Hunt performing around town. Indie pop is equally vibrant with artists such as Julia Massey & the Five Finger Discount, The Jesus Rehab, Lena Simon, Cataldo, Lemolo, Dude York, and others at the helm.

How Do I Find Upcoming Seattle, Washington Concert Events Near Me?

See below for a list of Concerts in Seattle WA scheduled for 2020. 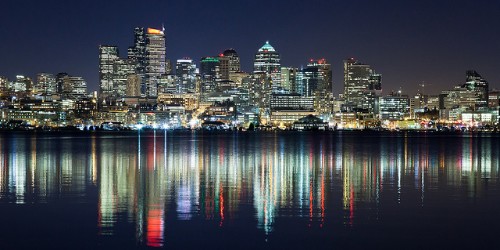