Tampa, Florida rests on Tampa Bay, the Gulf Coast region of Florida. Known for its business centers, cultural attractions, and ethnic hubs, Tampa has much to offer residents and travelers. Although Tampa’s music community lacks the notoriety of major music cities, Tampa contains promising entertainment prospects, given its multi-ethnic influences, cultural organizations, and business ventures. A new crew of budding musicians are paving new channels for listeners, supporting the proliferation of Tampa’s music scene. Read below to uncover more about these developments in Tampa’s music scene and why concert-goers will be interested in the sounds produced in this city...

2020 Event Tickets for Tampa Concerts are on sale now!

Tampa is defined by its humid subtropical climate, giving the city two primary seasons: hot/wet and mild/dry. Although concerts and festivals center on national acts all year, the mild/dry season which extends from November through April is most appealing for listeners and performers.

For Concerts in Tampa, please see our event listing calendar of Concert tour dates in 2020!

Tampa has a range of venues to entertain listeners...

A national chain, the Hard Rock Café may seem like a skippable music venue in Tampa. However, this part of Tampa’s Seminole Hard Rock Hotel & Casino provides the iconic Hard Rock experience and then some, with expensive views, an outdoor patio, a blackjack pit, a bustling bar, and a selection of slots. Wednesdays, Thursdays, Fridays, and Saturdays have live entertainment in the evenings until 4 am, often in the form of concerts. Expect rock, new original sounds, and oldies but goodies. Tampa’s Midflorida Credit Union Amphitheater at the Florida State Fairgrounds in another popular venue. Holing up to 20,000 this is where Tampa brings most of its national touring artists. With covered seating, this amphitheater can stand up to Tampa’s rainy season.

How Do I Find Upcoming Tampa, Florida Concert Events Near Me?

See below for a list of Concerts in Tampa FL scheduled for 2020. 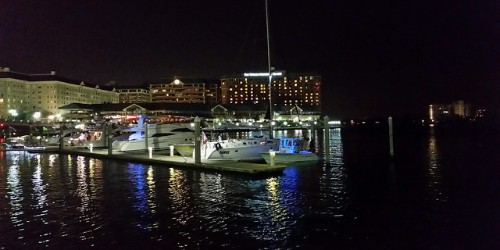